Being in a relationship with HAE

5 Youngsters talk: How do you tell your partner you have HAE? How are HAE patients’ partners dealing with the disease?

I met my girlfriend a year ago in a bar in my hometown and I’ve been in a relationship with her for more than a half a year now. Before I joined a national conference about HAE in Germany I told her about the disease.
She was very interested and asked if I had any problems with it. Luckily, I haven’t got a single attack yet, but I really appreciate her help and support and she knows that it can turn into a serious problem if I don’t have my medication so she supports me in any possible way. 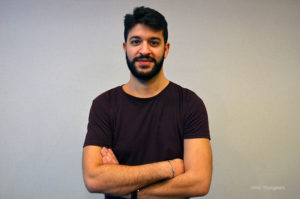 On my third date with my girlfriend, we were having dinner and the minute after we got our food I felt that my throat started swelling up. That being a really serious attack, I had to leave so I partly explained what the disease is like to her and I told her I had to leave. Just after that, she got to my place to see how I was doing and she saw me injecting the medication and asked me about it.
So I tried to not make it a big deal, and I talked jokingly about it but she was still concerned about my health and how this disease affects my life.
I remember that once when I was having a really bad attack, she got really worried about it and she started crying and asked me if our lives were always going to be like that. It was then me trying to calm her down, and from that moment she became more relaxed about it and now she spoils me each time I have an attack.

I have been with my boyfriend for 2 years now and we met when I finished high school. A few days after we met he saw online an interview about HAE that someone did on me. He read it and afterwards he decided to do some research online on HAE and after that he spoke to me about it. He was very understanding about it and he didn’t freak out and afterwards he told his family about it. They are still really interested about it and they still worry about how I’m doing, if I can come visit, if I need to get medication or whether I need any help.
My boyfriend took it really well, and thanks to that positive reaction I’m confident about it. Before I got into this relationship I was really shy and when I would get attacks I was too shy to go anywhere but now it has changed because he was so accepting. And whenever I have an attack it’s my boyfriend who takes me to the hospital so I can get medication and gives me a huge hug so I don’t feel alone and as scared about it. 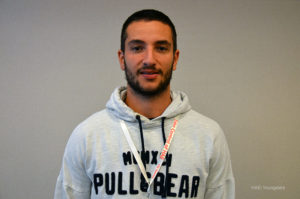 Since I’m really open about having HAE, my girlfriend knew about it before we got together. She didn’t know many details, so once I got into the relationship I explained everything concerning HAE to her.
When I explained it, she got worried but was very understanding about it. However sometimes it would interrupt our plans but we still had great time together. 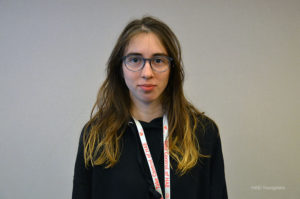 It actually took me long time to tell my partner I have HAE but that was only because at that period of time I didn’t have attacks often.
My partner was a little bit scared for me, but after explaining how it works and that I have medication for it they understood it was not as scary as it might seem.

YOU ARE NOT ALONE

HAEi Youngsters is a part of HAE International (HAEi) – a global non-profit network of patient associations dedicated to raising awareness of hereditary angioedema (HAE) around the world and improving the lives of people with HAE.