With the #TogetherApart initiative we have collected fun photos, videos, boomerangs and stories from you of your social distancing days and more – so we can all be #TogetherApart. 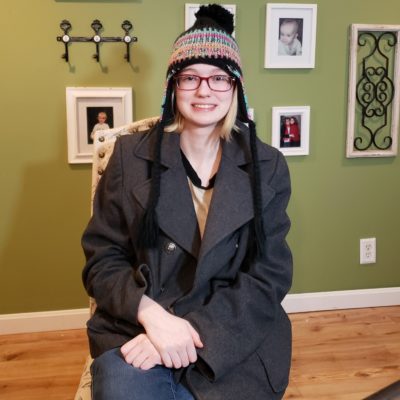 And I live in United States

I hope that HAE patients in the future:
Won't need to worry about getting an attack at any moment

The HAEi Youngsters’ Community is important because:
It provides information to both the general public and those with HAE who need support

My favorite quote is:
I don't have one

‘Creating a Path to Better Health’ means:
Creating a path for not only our health and medication advancing, but a road for other rare disorders

This is my personal story:
Being honest, I've always been very open about my HAE. I live in an area where it wasn't an issue and I was never criticized about it. I started having attacks at about 2 years of age. It was a very normal thing for me, especially since my mom had HAE as well. I knew about my extended family having HAE and heard stories about it. Because of how rare it was, I never met others with HAE besides my family until very recently. It felt like mostly a thing that only existed within my own family, even if I knew that wasn't true. Because all my attacks generally aren't throat swells, having HAE just felt like another thing. Even if it was extremely painful, it's just how things were for me. Even the throat swells I did get were never that bad. I was actually shocked at how common throat swells were for others. It's shocking and startling that so many people have severe throat swells frequently and have their lives put a risk because of it. I've never been too affected by my condition, personally, however, I remember 2 years ago when an incident occurred. It was embarrassing and I felt bad. I had gone to the mall with a friend and a girl I was just barely met, without even telling my parents at that. While shopping, I started feeling sick and light headed. I felt awful and went to the bathroom only to throw up on myself. After that, we tried to rush me out of the mall and to my friend's car. We were right by the entrance when I dropped down and threw up on the mall floor. An ambulance was called as well as my parents. The girl I had just barely met was crying- she was scared for me! Everyone was so concerned for me, and while I'm grateful, it was really embarrassing. I still feel bad for my friend and that girl. My parents came and I ended up getting medication in the parking lot.

YOU ARE NOT ALONE

HAEi Youngsters is a part of HAE International (HAEi) – a global non-profit network of patient associations dedicated to raising awareness of hereditary angioedema (HAE) around the world and improving the lives of people with HAE.